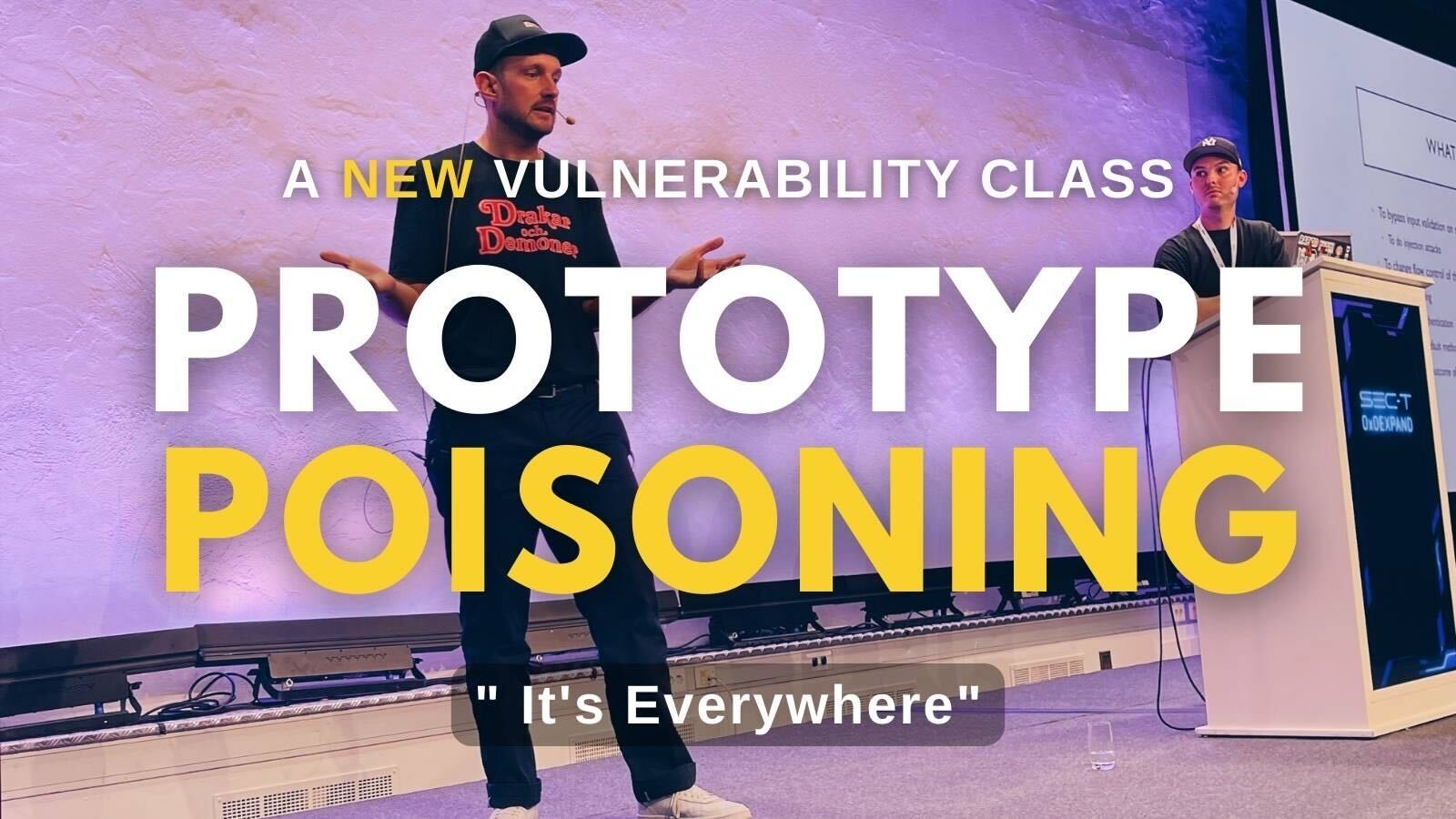 Prototype poisoning is when an object inherits a prototype from user input. It leads to input filter bypass, parameter injection and denial of service.

Prototype mutation is a JavaScript feature that can be exploited by an attacker using a “__proto__” key in structured input. The value of the “__proto__” key overwrites the prototype of the destination object and its members. Poisoning can be found in many formats and protocols, but this article will focus on JSON. 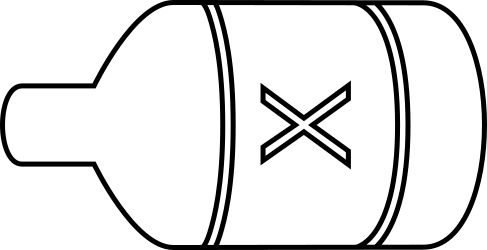 The attacker overwrites the prototype members of the input object using the "__proto__" value from req.body. The pollution occurs when the request body is parsed and assigned to an object without sanitizing the “__proto__” key.

The toString function is no longer a function. Instead, toString is a variable with the value null.

Running req.body.toString() results in a TypeError. The server will respond to the request with a 500 Internal Error message.

Using the prototype poisoning technique, the attacker has replaced that function with null, causing a TypeError. The application never logs the value of the req.body.

The typical attack avenues for this bug class are:

This section covers guidance on how to get started with building prototype poisoning detections. The static code analysis (SAST) approach uses a code scanning tool such as SemGrep or CodeQL. A more dynamic approach (DAST), by tests the target application inputs with a Prototype Poisoning Polyglot.

Assuming the default input to an application is “username”, “password” the base request would look like this.

The modified discovery structure would be:

The modified discovery string replaces any reference to any protoype attribute with null. Access to source code can contribute to a more comprehensive list of possible implicit prototype members. The expected outcome of a successful poisoning attack is 500 Internal Server Error or a connection Timeout. The application log should have TypeError message.

A CodeQL query allows researchers to search for a defined behaviour through large codebases. The query to find prototype poisoning vulnerabilities must define a relevant source and sink. The source is a user-controlled input with hierarchical structures, such as an HTTP field containing named arrays, dictionaries or JSON. The sink is a reference to an inherited prototype member. The implicit prototype functions inherited from Object are:

Jorges writeup on Finding Prototype Pollution with CodeQL provides inspiration on how to query JavaScript for prototype mutation.

There may be other implicit members in the target environment. If none of the standard properties are used by the target application a app-specific attribute manipulation approach may be more applicable.

Prior art in prototype Mutation, Poisoning and Pollution

As researchers, we acknowledge that it’s difficult to distinguish one security flaw from another. This chapter aims to bring clarity to the related concepts.

The term Prototype Poisoning has been used to discuss two types of prototype mutations. In the early days (2018), the two bug classes were reported as prototype pollution and poisoning interchangeably.

Prototype poisoning is when an attacker passes a structure containing a “__proto__” field to cause prototype assignment on Object initialization.

Prototype poisoning is distinguished from pollution by the limitation that the parent object prototypes are immutable. The attacker can only affect the input object and children that inherit its prototype. Therefore the availability, attack methodology and impact are different. Prototype inheritance is an unavoidable JavaScript functionality.

Prototype pollution typically occurs when the attacker can control the name of the array field and its value.

Bryan English writes in 2018 about the prototype poisoning labeled reports recevied at HackerOne to the Node.JS Securety Working Group. Bryan describes an attack scenario where the attacker uses a prototype pollution method to append a prototype member called admin:true to all objects during a deep copy. The appended prototype is added to all new Objects created after the pollution, thus altering implicit prototype values in foreign objects.

Joi is a schema-based input validation framework closely associated with the web framework Hapi. Eran Hammer writes a lengthy article about the devastating effect of prototype poisoning (at assignment initialization) in Joi and Hapi. Eran is, at the time, working with the Hapi community to research and act on a report from the engineering team at Lob. In the report, Lob engineering showed that they could bypass the schema validation in Joi using a client-supplied “__proto__” to sneak in values.

This vulnerability is still at large in Hapi and Joi. The recommended solution is to wrap all incoming input in a “safer” JSON parser called Bourne. The test cases provided with bourne demonstrates various methods on how to inject prototypes in JSON, bypassing rudimentary content filtering.

In a hapi GitHub issue Eran explains that:

If you use onCredentials or onPostAuth in your code, or if you use the base64json cookie encoding format, review your handling of request.payload and request.state objects to ensure your current (pre-patched) code is not at risk.

Bourne, is a wrapper to filter out “__proto__” strings from user input to Joi. Hapi documentation doesn’t mention that Bourne filtering is mandatory on all input. This is likely a reason why Bourne adaptation is not the norm.

The Express body-parser library has an Open issue from 2019 discussing the issue of input containing “__proto__”.

Last but not least, a paper on hidden propery abuse by Feng Xiao et. al USENIX21 presented at usenix describes how to manipulate add non prototype properties on Objects to alter program flow. The authors created a scanning tool called LYNX for detecting Hidden Property Abuse (HPA) in JavaScript code. The bug class attack paths are identical to prototype poisoning but the attack vector use various “prototype carrying objects” instead of prototype pollution. The researchers shows the power of symbolic execution tools by reporting 15 different CVE’s in the period 2019-2020. For a full CVE reference see page 4 here. Fen Xiao, devices two attack paths for HPA, the prototype inheritance hijacking and app-specific attribute manipilation. Prototype inheritance hijacking means to define attributes in user input that mimic prototype names. The attributes are referenced instead of the (unmodified) prototype. The exploit method have lead to SQL injection in mongodb and taffy. The app-specific attribute manipulation technique is a technique where an additional attribute is added that are going to be refered to by the target application directly. In this case the addDocument of mongo-express make use of the bson parser to convert req.document in to a bson structure. The mongodb-query-parser provides a bson format parser that executes toBSON() if it exists. If the mongo document contains an attribute named toBSON the values can be passed to an MQL query called safer-eval which can result in an infinite loop and block the event handler. This issue is tracked as CVE-2020-6639.

While the LYNX symbolic execution tool currently support query string and JSON input, note that there are many other implicit input formats such as the HTTP header format itself, XML etc. that may be input channels for prototype pollution.

This is a research project by Anton Linné and Christoffer Jerkeby.